There are a great many websites on which to see detailed reviews for the devices I’m looking at. This is a quick review from my own personal take. 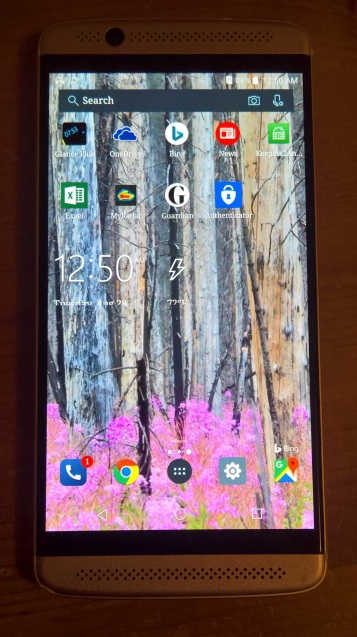 Why did I get the ZTE Axon 7 Mini?

It ticks my boxes for a sound choice for someone coming from Windows 10 mobile on a buget, plus I happened to see one at a price that was too good not to bid on. It was never top of my list, but it got so much right, I had to give it a look.

It has a good AMOLED screen surrounded by front facing stereo speakers in a package that’s really nice to hold. I’m not into phablets and this was the same size as the Lumia 950, but with more of a curved back, and an all-metal design, making it feel great.

While it doesn’t have an ambient display / glance creen feature, having an AMOLED screen meant there was no hesitation in installing and trying out various apps that can provide that functionality such as Glance Plus and AMOLED.

This was the first of my phones to arrive and I liked the finger print sensor for unlocking the device right away, having never used that before. I liked the placement on the back of the phone here too.

What didn’t I like about the ZTE Axon 7 mini:

Battery life. Apparently I am a heavy enough user that it didn’t come close to lasting through the afternoon, let alone all day. It’s probably fine for a lot of people however, and this apart, I think the phone is a fine choice.

I commute 30 mins to work each day, during which time I am using maps as there are a variety of routes as on any given day a different one could be the fastest. I usually listen to a podcast or stream while driving. During the day I check email, social media and the news, etc from time to time, and usually have a call or two to make, plus some texts. I often stream music in the evenings and might take pictures at various times in the day. And a small bit of mobile gaming.

My other charging hangup is that I broke the charging port on a previous phone, taking a call and forgetting the phone was plugged in on the charger at the time. So lasting most of the day is important to me – there are workarounds of course, and I have a wireless charger at my desk, but in the absence of wireless charging as feature, I prefer not to have to plug in during the day too much.

So that’s my own battery/charging baggage.

Other than battery, I suppose being on Android 7.1 with no prospect of an update.

Will I keep it?

No, as much as I like it the battery life is too short for me.

This site uses Akismet to reduce spam. Learn how your comment data is processed.